“I’ve seen things you people wouldn’t believe. Klinsmann on fire off the shoulder of Orion. I watched Charlton glitter in the dark near Wembley gate. All those moments will be lost in time, like tears in rain “… said Des Lynham, raconteur and CEO of smoothness,  as we handed him his copy of Time Vault Soccer “Rivals” the Dark Prince of all soccer games.

No. We didn’t understand what he was on about either. But “Rivals” has arrived and first edition soccer cards are available to buy through our web shop now. So if you fancy seeing what would have happened if you were in charge and the England 1966 World Cup Winning squad went up against the power of the West Germany 1990 World Cup winning squad, then knock yourself out!

All the above, and more, soccer stars are yours to celebrate and command. We will be exploring all that’s new in more detail over the coming weeks but, to get you started, here is a quick look at the new skills, features and rule tweaks that will keep Time Vault Soccer top of the fun football games to play list.

*Bobby Moore 65-66 season features in the original “Debut” series so we can’t count him again… but he does get a kicking makeover to make him even more Time Vaulty. 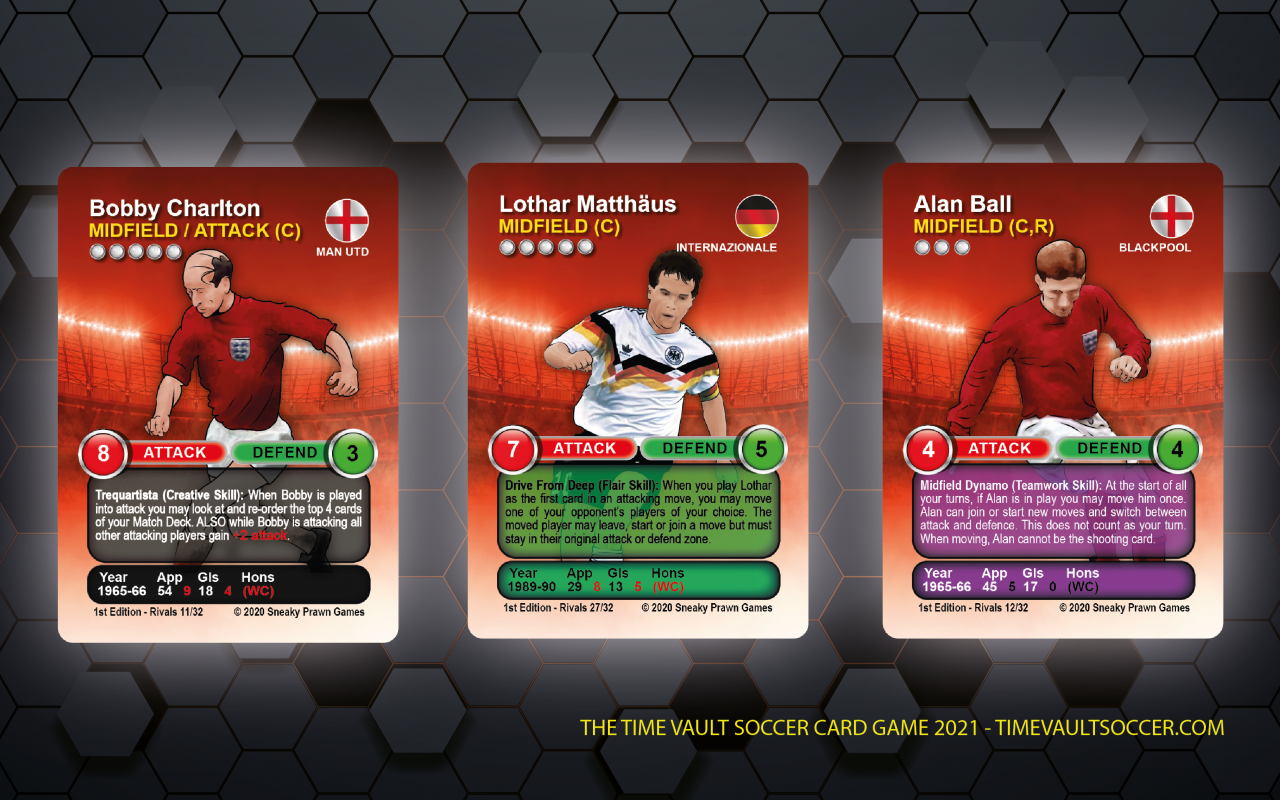 The “Ref’s Call” for winning Free Kicks and Penalties 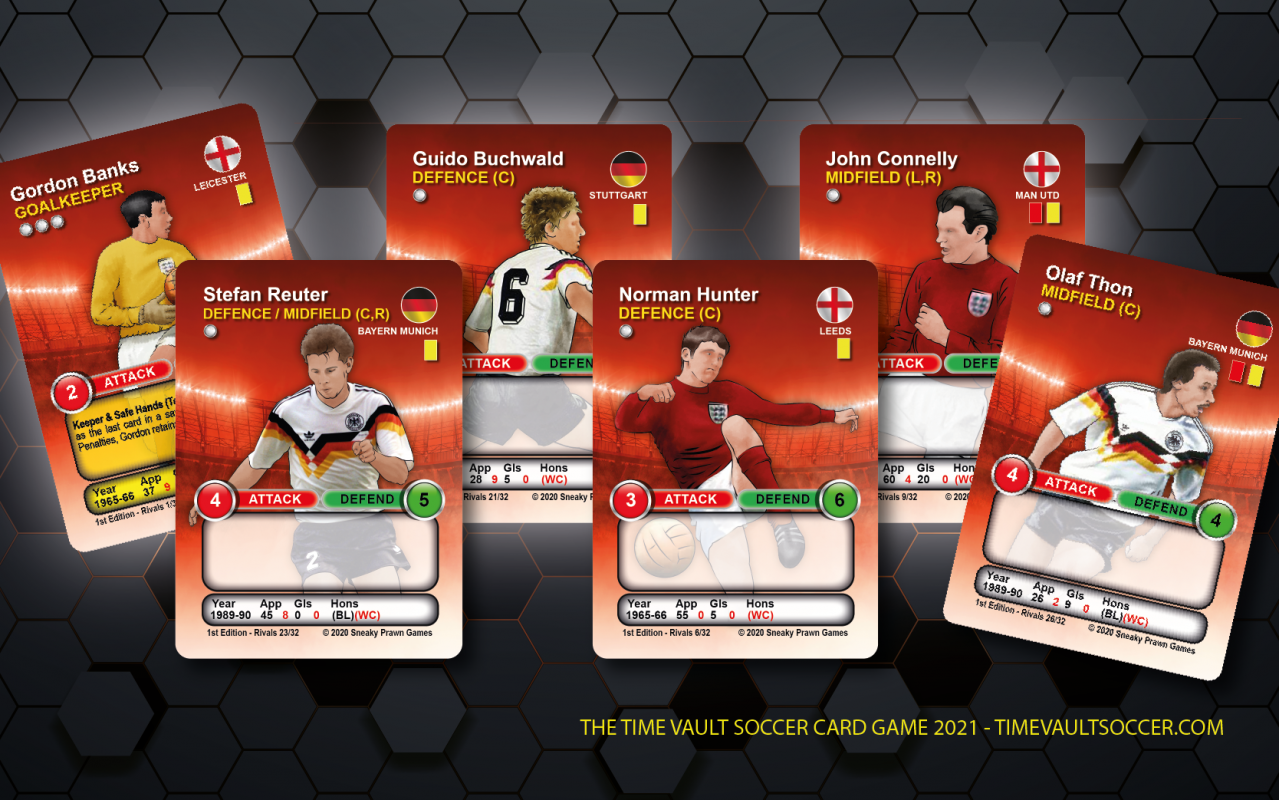 Welcome to jeapordy. When attacking and defending moves are of equal power the “Ref’s Call” is now triggered. The defending Manager selects an unseen card from the attacking Managers Hand. 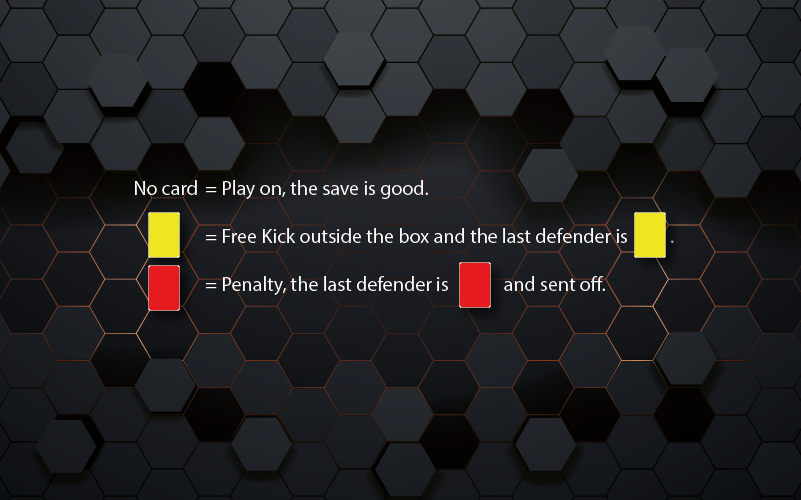 Gordon Banks, Norman Hunter, Stefan Reuter and Guido Buchwald all carry a Yellow card. John Connelly and Olaf Thon carry both Yellow and Red… it’s up to you. Do you want to risk bringing the last man down?

Note: Certain special skills also trigger the “Ref’s Call”. Jurgen Klinsmann and Nobby Stiles both need to flirt outrageously with the Referee to successfully land their special skills. Simply follow the instructions on the cards as you play them. 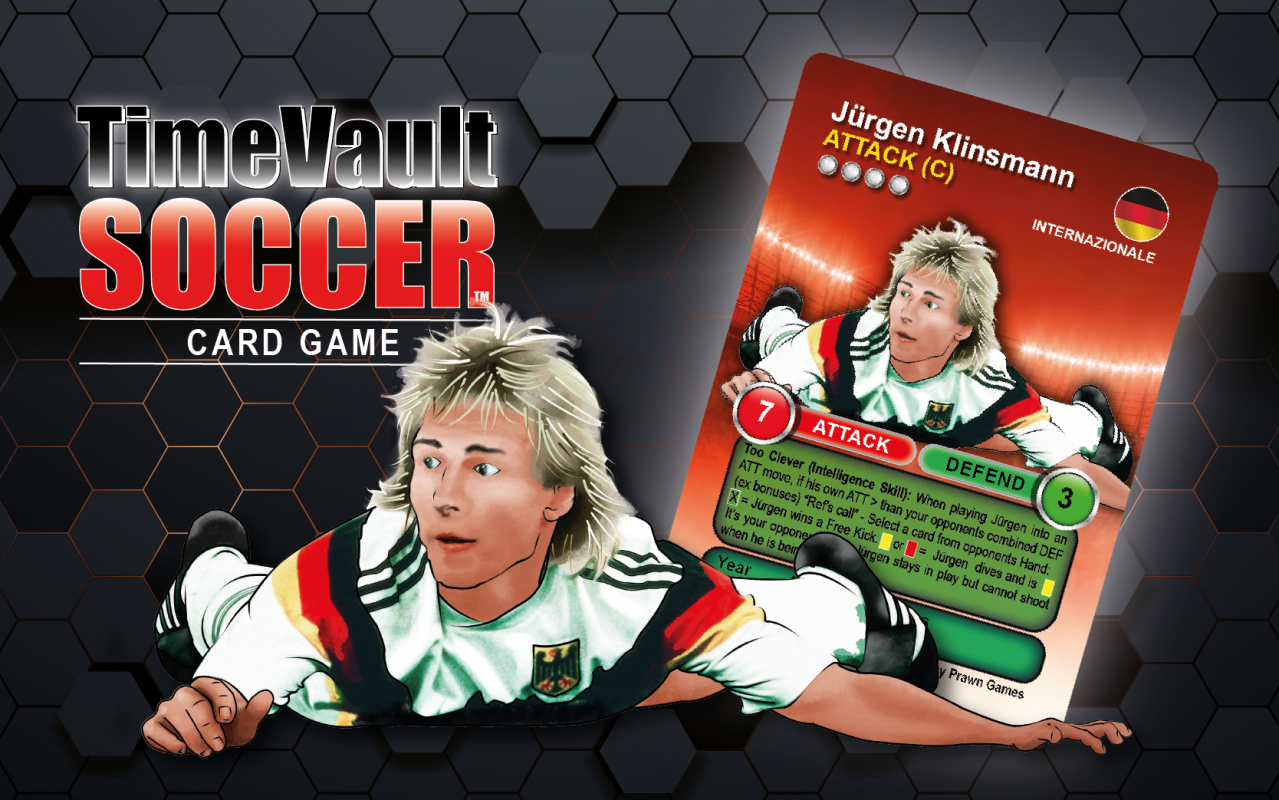 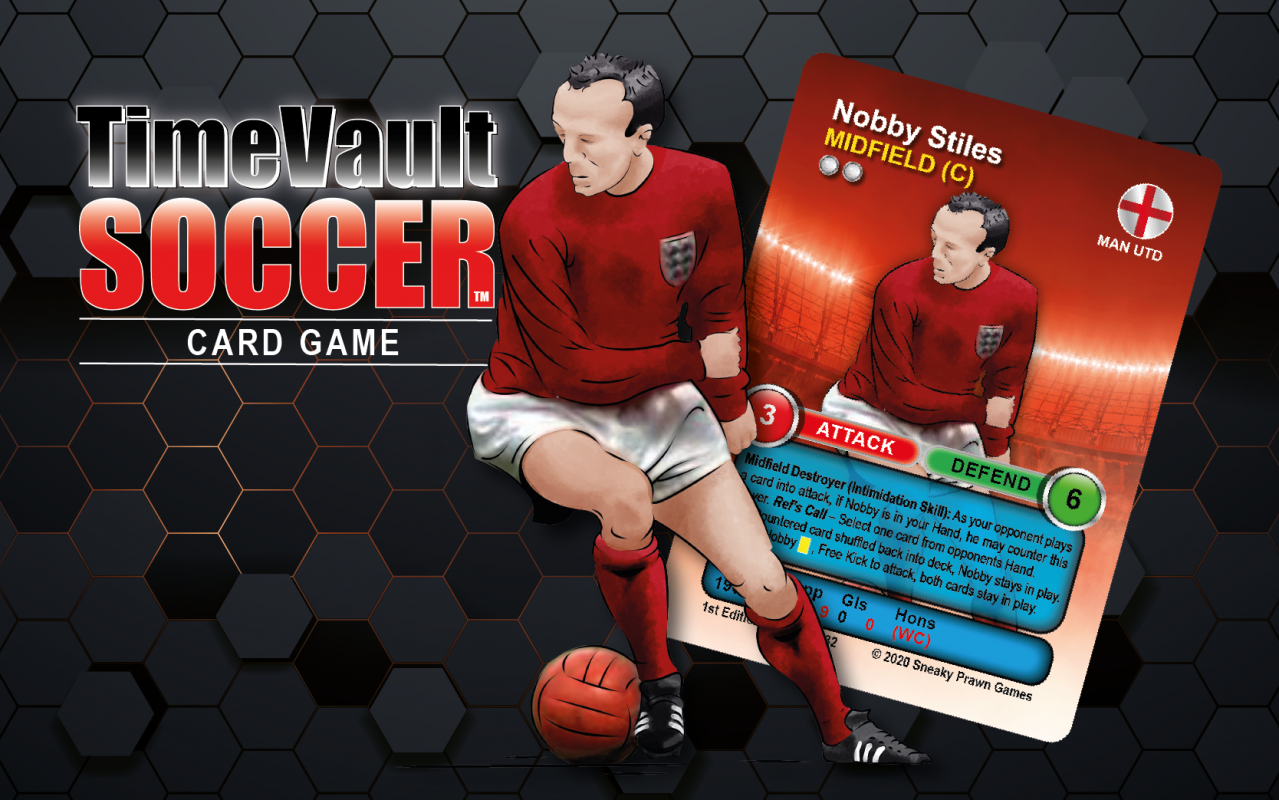 Shooting from Kick Off

All 2021 rules supersede any previous rules and can be found in the “Rivals” Rule Book, which you can download for free here.

Want to know more about Time Vault Soccer or get in touch with us then join up for the Boss’s Notes here… because it’s better than copping a free kick in the codgers with one of these beauties! Yes, we remember the fallen. 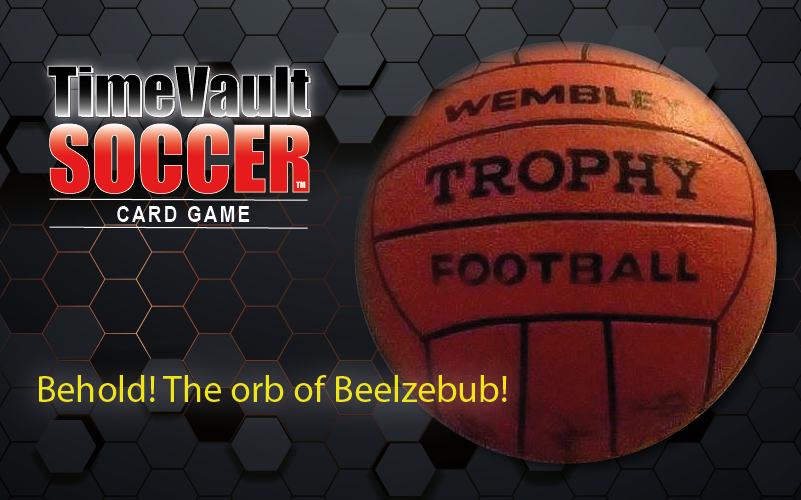