Sucking, sucks, right? So here are our top 5 tips to help you be less sucky at Time Vault Soccer. We can’t help with life and everything else, that’s above our pay grade.

#1   Be more like Brian Clough and keep it on the right side of mad.

The less info your opponent has the better. Like poker, the Time Vault Soccer football card game is about hidden information. Your opponent knows what players are in your deck but not what you’re holding. If they know you’re packing your keeper or star striker it changes how they play.

Misdirection strategies are one thing and best left to experienced Bosses. So for now, as far as giving away what’s in your hand, or head, hold that poker face, keep your opponent guessing and play mad. 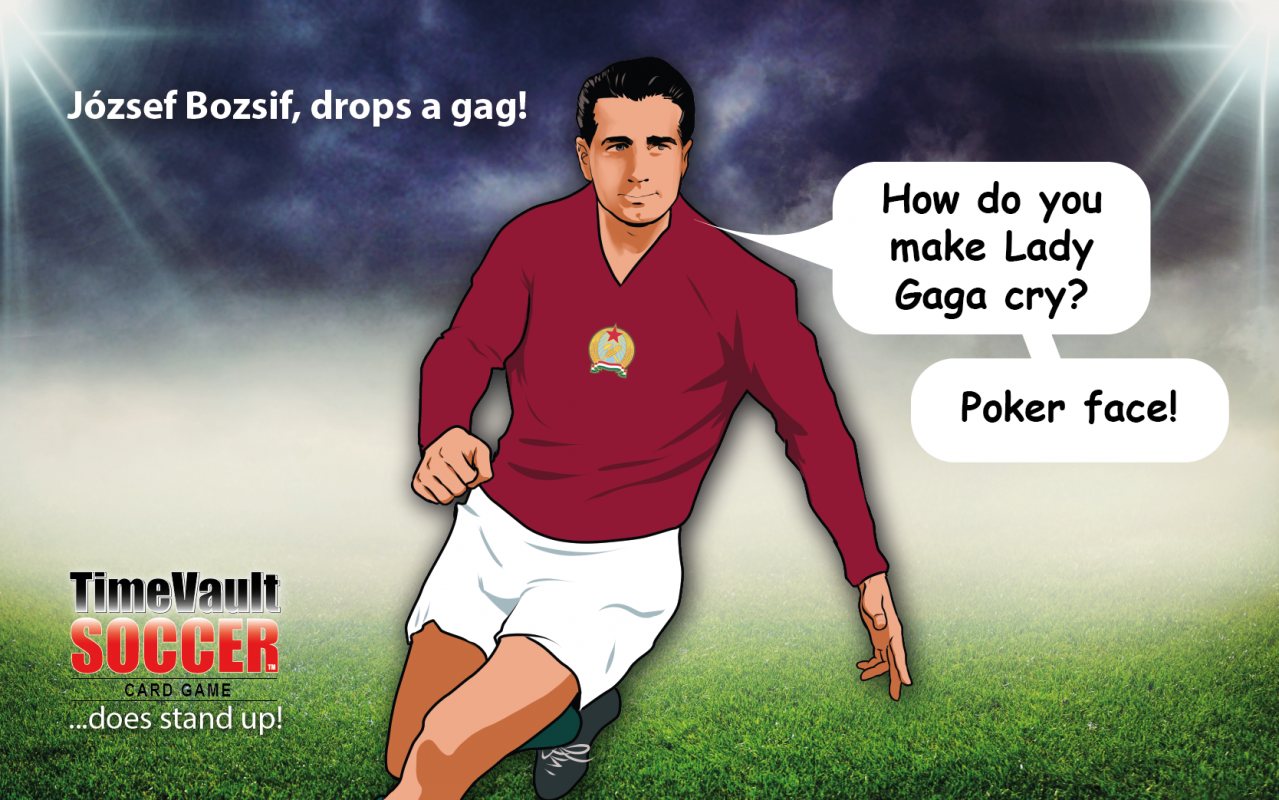 #2   Don’t be like Brian Clough, do pay attention to what your opposition can do.

Know the players in the player draft format you’re playing.

Doing your homework on the players and how they combine will give you a leg up vs the competition.

As Tony Adams ’89 is an “Offside Specialist”, play your weaker players deeper. Instruct them to start attacking moves where they cannot be so easily Tony Adams-ed.

If Marco Van Basten ‘88 can “Draw The Foul” and win a Free Kick against weaker defenders, keep a big defender back to smother the threat.

Hamstringing your opponents preferred moves whilst avoiding their counters is a winning strategy. It makes it harder for them to impose their game plan and easier for you to Boss it like a Boss. 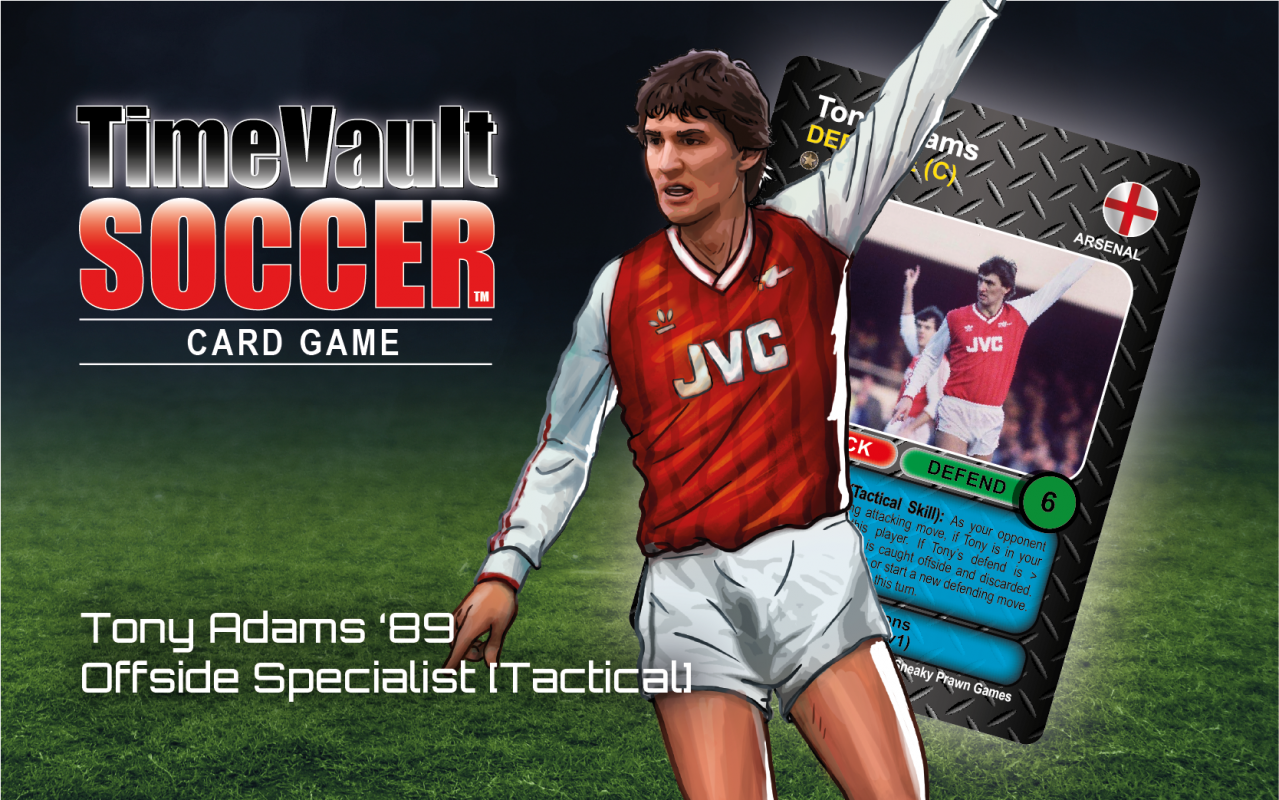 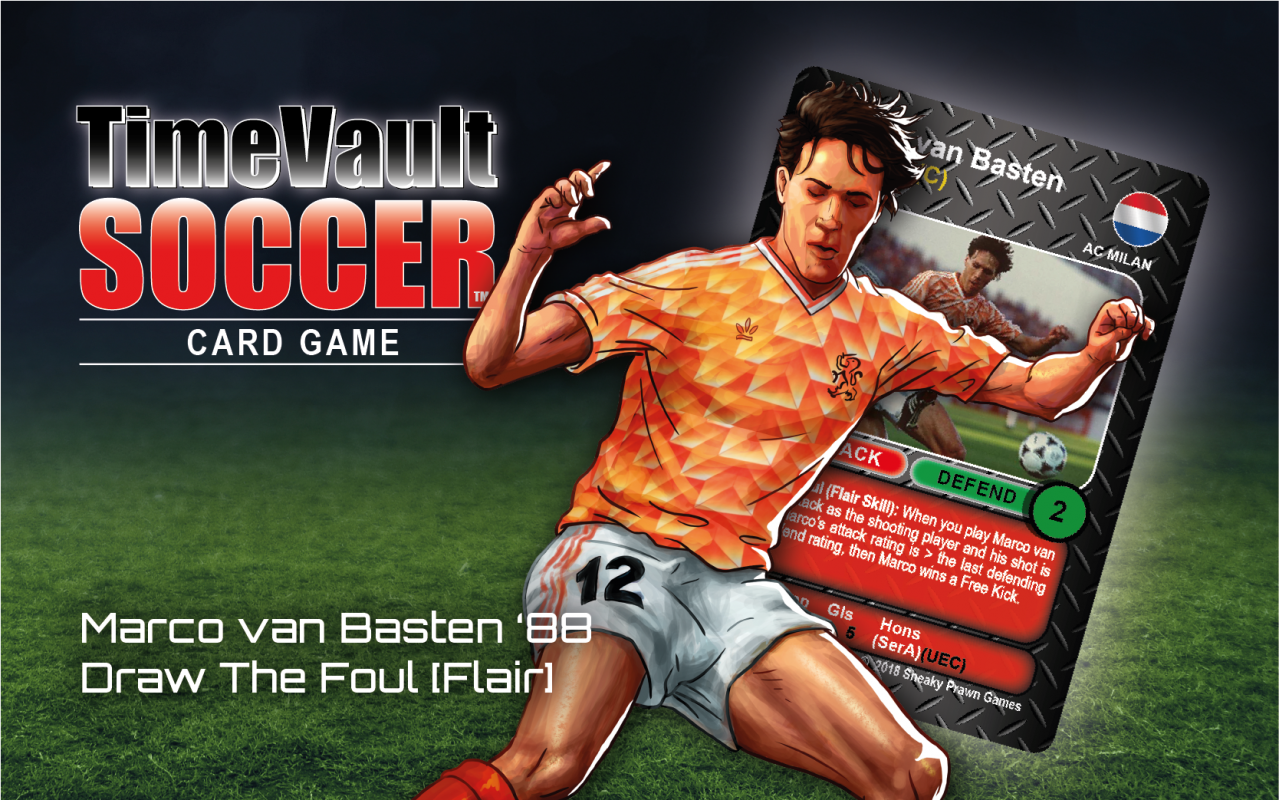 It’s a good idea to know how to deploy each of your players in at least 3 different ways.

Knowing these three roles for each of your players helps you keep your options open. It also enables you to get the best out of your team, regardless of how sneaky your opponent is. 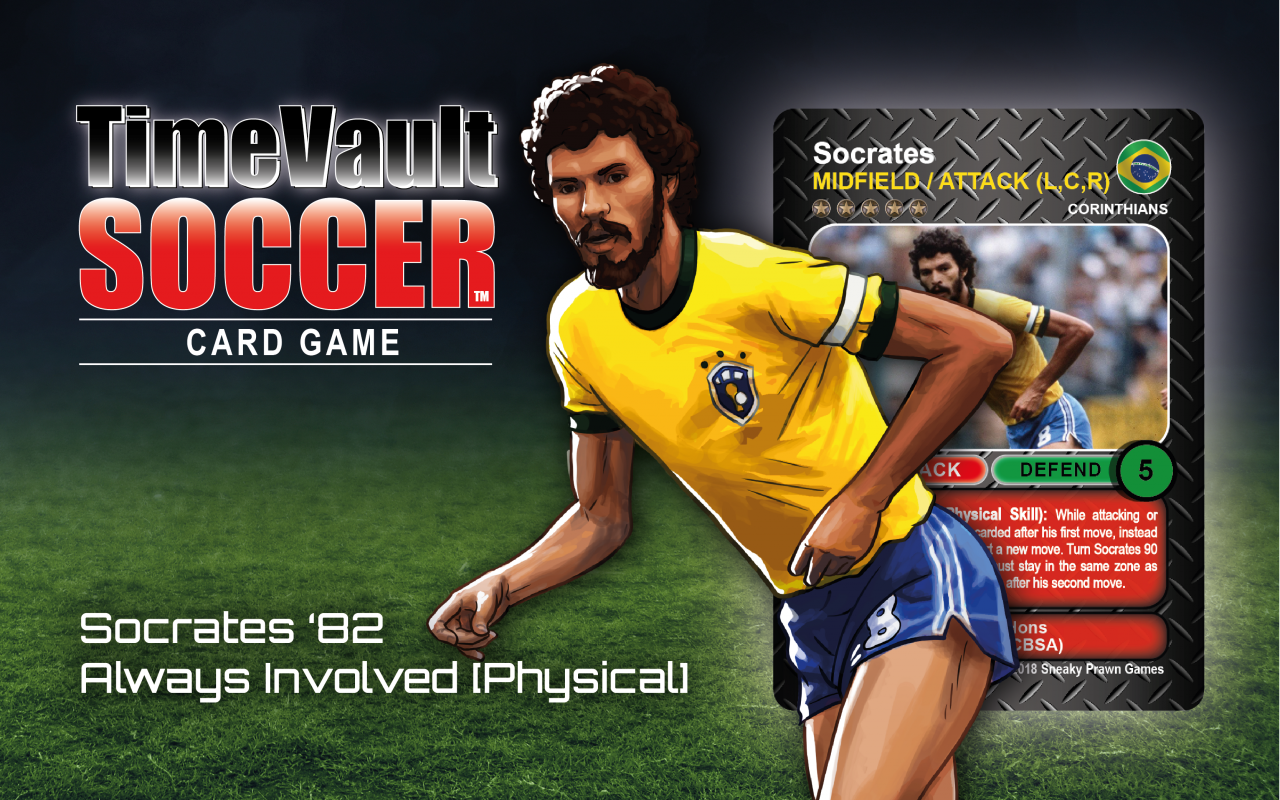 Attack 6, Defence 5 and the special skill “Always Involved” which lets you use him twice. With an attacking strategy, your El Tel plan, may look like this:

Up for it: If Socrates is up for it in attack, he’s part of a weak move that shoots and clears a big defence. As he stay’s in play, you immediately combine him with Pele ’70 and his “Thunderbolt Shot” – Boom! Instant shot. Your Opponent has no defence… It’s there! In your face grandma Socrates is on fire!

Support role: If Socrates is playing support in attack, he’s part of a move that has failed to score. Your opponent still has a player in defence so you add Tony Galvin to Socrates. As you can shoot next turn (3 cards) your opponent has to decide. Attack or defend? Do they feel lucky, well do they… punk!

If you’ve worked your defence too hard hold him in your hand for that stoppage time onslaught. Blocking that last gasp equalizer may not be Total Football but it’s as sulk inducing as heck for your opponent… and he sticks around to do it again!

#4   Be even more like Helenio Herrera and remember it’s win at all costs.

Time Vault Soccer is football, it’s a team game and you’re the Boss. Don’t be afraid to burn your star player or signature move if it means opening up a nailed on opportunity for your less talented players.

Think 1966 World Cup Final. Bobby Charlton and Franz Beckenbauer cancelling each other out. Step forward Messrs Hurst, Ball and Styles. Or think Lothar Matthäus and that master ball fingerer, Diego Maradonna. The 1986 World Cup in Mexico saw both players cancel each other out so others could play. It happens.

Having a one star card be Man of Match is one of the most rewarding, soul crushing ways to send your opponent off in a full on, I’m going to my room, sulk.

#4   Be a bit like David Pleat (Don’t go the full honk, just a bit) and play with different people.

It’s a fun shortcut to getting better as you gain more insight into the game strategy. Try explaining to Uncle Bob exactly why Dave Beasant ’88 can start a two player shot by using his “Mighty Kick” to launch the ball the length of the pitch. A kick that leads Marco van Basten ’88 to “Draw the Foul” that wins a Free Kick. A Free Kick that allows Ginacarlo Antognoni ‘82 to use his “Curling Free Kick” on to the “Diving Header” of Peter Withe ’81. A diving header that scores the stoppage time winner… How do you like those apples Uncle Bob?

You will also pick up tips watching others play. Strategies and potential player combos are limitless so sit back and learn. Playing outside of your immediate friend group is a great way make new friends… and then fall out with them. Lets face it football and games, get your coat you’ve pulled… us anyway.

New collection named. The Nucleus collection will expand the Time Vault Soccer universe by 192 new players and features 12 all new squads. With a new squad birthing every two months. The first goes live right here at timevaultsoccer.com  on the 24th May 2022.

For a pre- launch preview sign up for your Boss’s Notes now.

The Transfer window remains on track for launch 7th June 2022 but will be fully tested before it goes live, live, live. Check back here in two weeks for update. 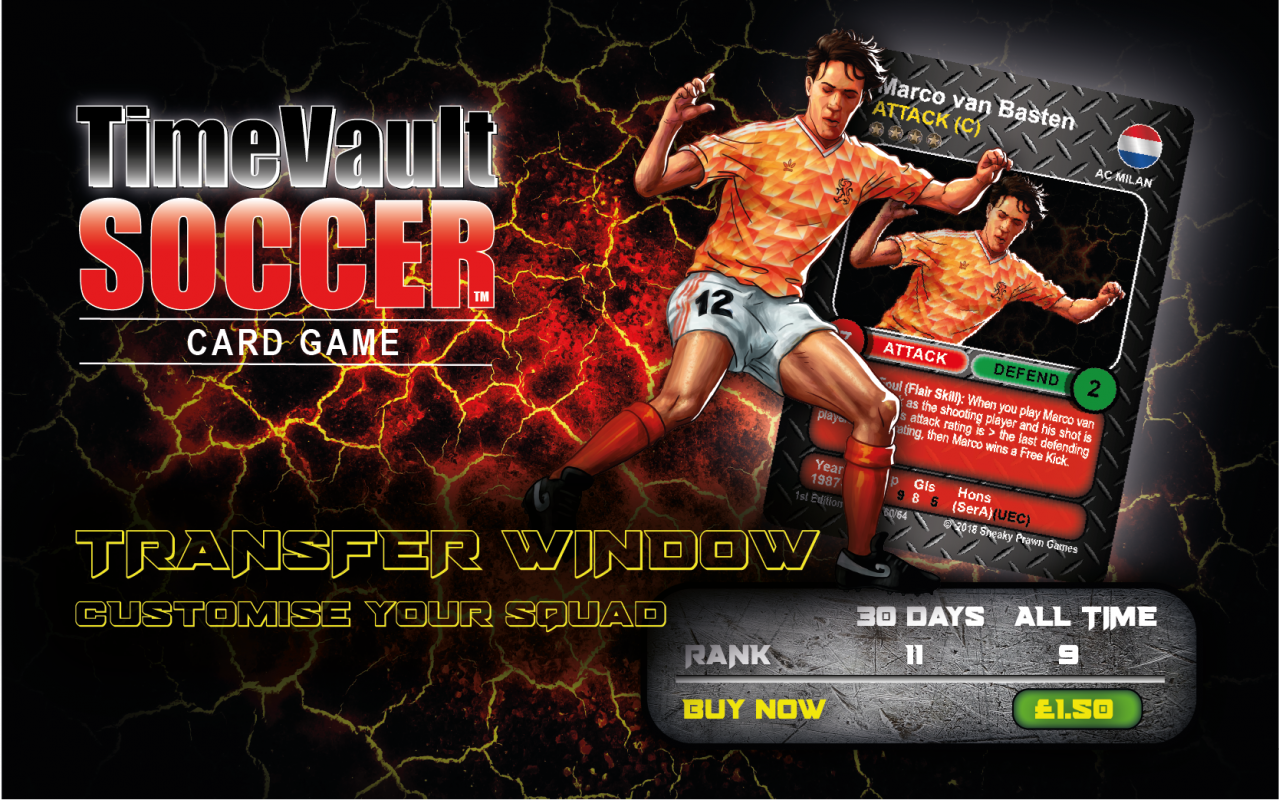 Boss’s Notes are going live this week. Prog 1 just needs a little more time in the oven so sign up now for a live preview on Nuleus and exclusive Boss’s offer. 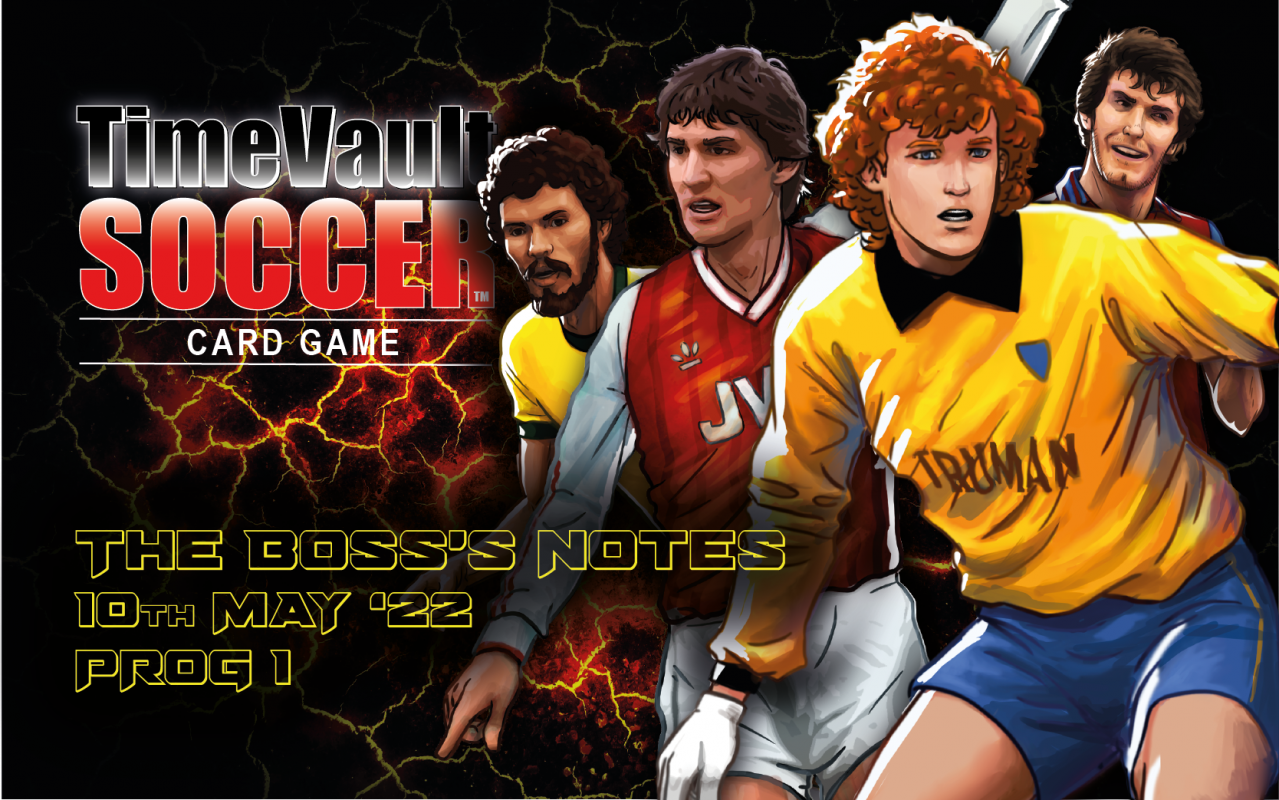 [Note from the Ed – cut it out with the Sopranos captions, I know what you are doing!]