España ‘82 had everything. Elegance, drama and cynicism – but most of all it had the Italians.

First Maradona’s defending world champions Argentina fell. Then the glorious Brazil with Sócrates  Falcão and Zico came up short. Finally, pantomime villains, West Germany led by Karl-Heinz Rummenigge were found wanting. All going off in huff to tidy their bedrooms after being humped by an Italian team still recovering from player suspensions in the wake of the Totonero match fixing sandal.

Unfancied from the beginning, Italy escaped their first round group with hard fought draws against Poland, Peru and Cameroon. The first team ever to progress without winning a game and in so doing had drawn their battle lines. A ferociously physical counter attacking style that was flipping hard to beat.

Italy battered Mardonna and defending champions Argentina off the park with a 2 – 1 win in the next group stage. Gaetano Scirea controlled the game with Intelligent and composed play, linking play all over the pitch. In stark contrast, Claudio Gentile took a different approach. Gentile was the Cane Corso to Diego Maradona’s Dogo Argentino and dry humped the diminutive Argentine right out of the game. 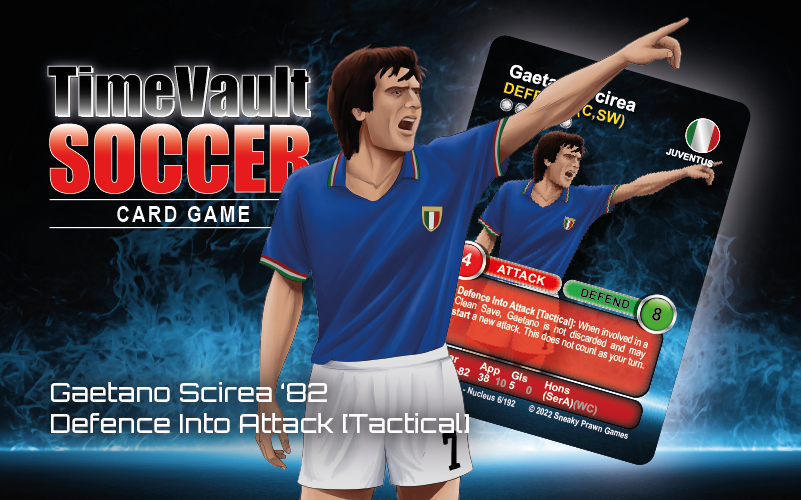 Then came tournament favorites Brazil. Using a similar strategy to that of the Millennium Falcon blasting it’s way out of Mos Eisley, Brazil let rip with every weapon at their disposal. In one of the greatest games in World Cup history Italy closed the blast doors and emerged with a counter attacking, Paolo Rossi inspired 3 – 2 victory.

An overachieving Poland were overwhelmed  2 – 0  in the semis allowing Italy safe passage to the World Cup final.

Meanwhile, West Germany, who having earlier made a deal with Austria to allow both teams to progress from the group stages, came up against a magnificent French team. Platini, Tigana and Trésor. In another “one of the greatest games in World Cup history” German ballbag minder Harald Schumache deliberately parked his arse in the face of an onrushing Patrick Battiston. A cynical arse parking that left the prone Frenchman unconscious and a few teeth lighter. How the Referee laughed as he awarded the Germans a goal kick. With the score at 3 – 3 a.e.t Germany went on to win the penalty shoot out 5 – 4 to set up a final show down with Italy.

The 1982 Football World Cup Final was a counter attacking master class from the Italians. They handed out seemingly righteous retribution to an increasingly maligned West German team. Antonio Cabrini had time to fluff a penalty before Paolo Rossi opened the scoring, heading home from close range following a cross from Claudio Gentile. Marco Tardelli let rip from the edge of the area for the second before Bruno Conti, on the counter, set up Alessandro Altobelli for the final deathstrike to the Germans, by then weeping, ball bag.

Paul Breitner pulled one back for the West Germans but the damage was done. Italy 3, Pantomime Villains 1. It was Italy’s first world cup win for 44 years. Their third ever win equaling the Brazilians all time record. Dino Zoff, Italy’s Goalkeeper and Captain became the oldest player to lift the Jules Rimet Trophy. Whilst Paolo Rossi won both Golden Boot (Top Scorer) and Golden Ball (Best player) for his goal scoring heroics. 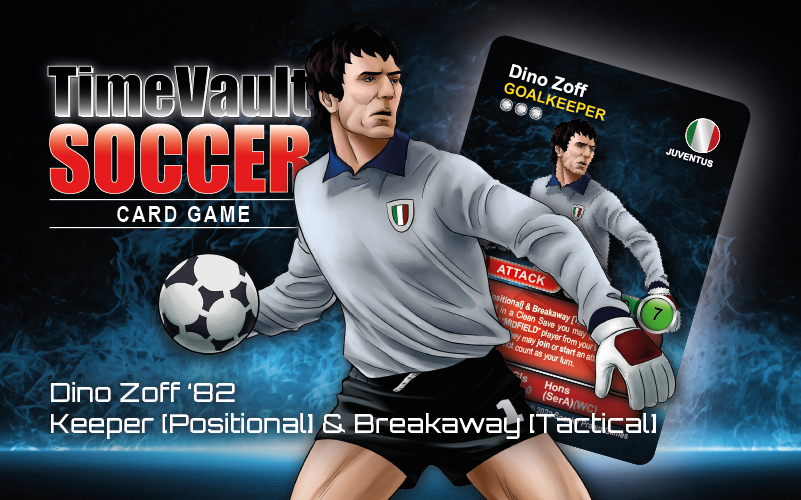 Paolo Rossi always protested his innocence in the face of a 3 year ban handed to him by FIFA following the Totonero match fixing sandal in 1980. His sentence, shortened to 2 years, allowed him to play in the ’82 World Cup. He may well have been innocent, but he and his Italian team mates were as guilty as sin to setting the ’82 World Cup alight… just look at Tardelli’s face, just look at his face! 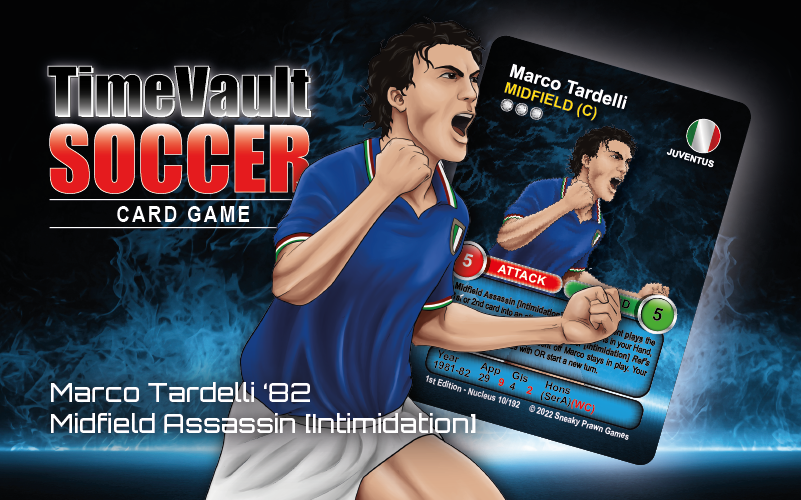 The writers of this article are English but everytime we see this clip, we become as Italian as the Colosseum in Rome. We crap you not. The Italy ’82 World Cup winning team are worthy adversaries to England ’66 and West Germany ’90. In the Time Vault Soccer universe, someone, somewhere is singing the “Payback Song”. Step forward Messrs Matthäus, Breheme and Klinsmann – time for another pop. 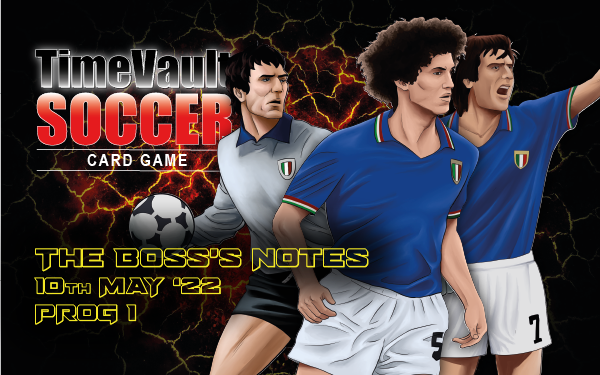 By signing up to Boss’s Notes you’ll get advanced notice of new squad releases, exclusive offers and pro playing tips straight to your inbox. You’ll get one email every two months. It’s free, no spam. Unsubscribe whenever you want or you can kick Scott in the cloaca*.

So join us in defying the tyranny of modern football and celebrate the great, the good and downright interesting from football past by signing up for your Boss’s Notes now…

*Nope still not signed up for this [Scott]

2 thoughts on “World Cup 1982: Elegance, drama, cynicism and the Italians”