England 1960/61. Boots made from lead. Balls made from osmium. Pitches built on swamps. Oh, and Tottenham Hotspur rocked the footballing world by becoming the first club in the twentieth century to do the English Double. That’s winning the top division and the FA Cup in the same season. Ace!

Built around Bill Nicholson’s three pillars of Style, Skill and Flair the 60/61 Tottenham squad defined what became recognized as the Tottenham way. Danny Blanchflower , the squads captain, opined that playing football is about “doing things in style and with a flourish’… and blimey do we agree.

Having finished third in the league the previous season Dave Mackay imbued the squad with an iron spirit and will to win as the boys from White Hart Lane roared to 11 straight wins at the start of the next campaign. 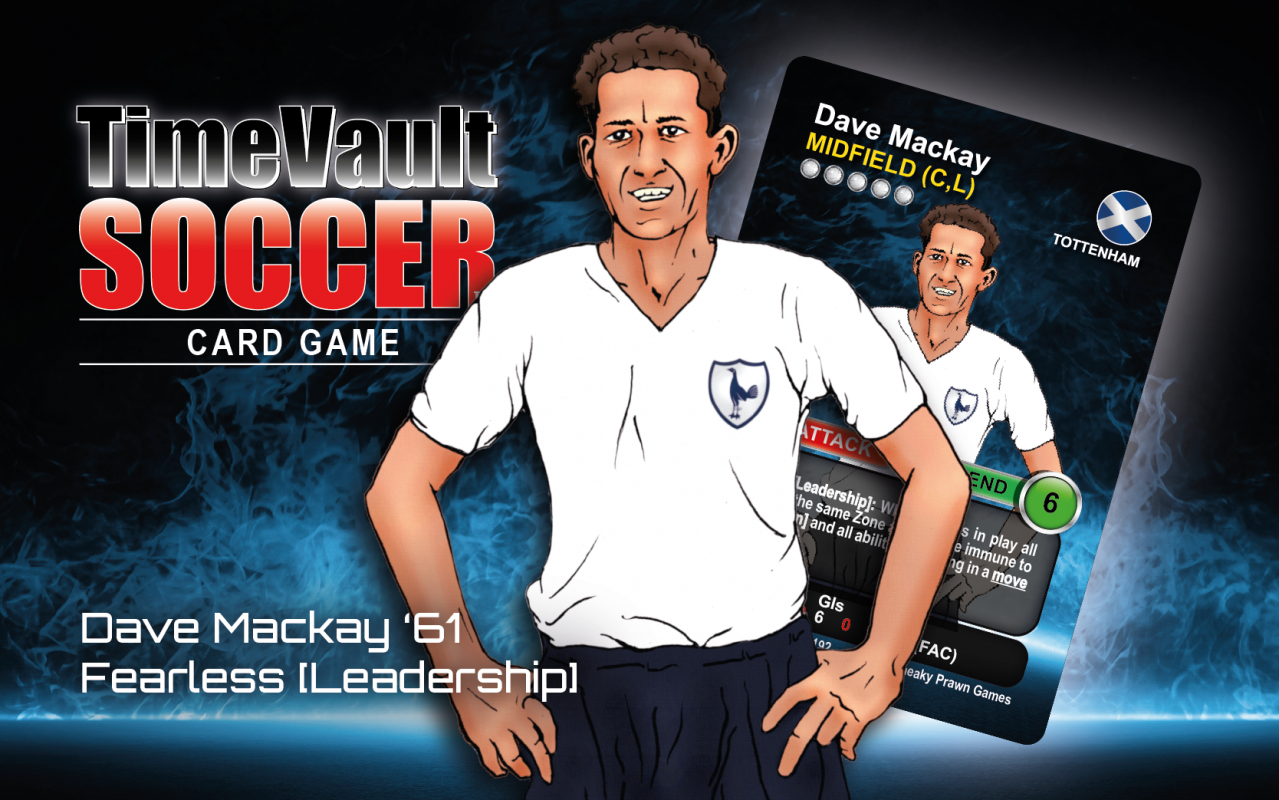 With the iron ring master Mackay flashing the “Whip of Example” Bobby Smith was inspired, playing like a man possessed. Pacing the pitch like a randy lion, preying on the exuberant service from White, Jones, Dyson and Allen and shagging unwary defences.

After a brief set back against Sheffield Wednesday, Mackay lifted the squad by it’s scruff, shook it and reminded them that the word “Spursy” was yet to be invented. Furthermore, if they didn’t get back to winning ways then they would have to deal with him. Spurs scored 27 won 7 and drew 1 of the next 8.

A good hearted bit of charity work gifted Manchester Utd a couple of points before Spurs set about the Arsenal. Goals from Les Allen, Danny Blanchflower and Bobby Smith gave Tottenham fans their much-celebrated bragging rights over their neighbours in a blistering 4-2 victory.

The rest of the season was a foregone conclusion with Spurs lifting the top division title in April having finished 8 points clears of second place Sheffield Wednesday. Remember, this was 2 points for the win days.

Meanwhile, the FA Cup was still to play for. Charlton Athletic had fallen in the first tie 3 – 2 with goals from Les Allen and Terry Dyson (Before he went on to invent the Hoover).

Cliff Jones netted a long range screamer and inspired The Spurs past a rugged Aston Villa in the fifth round and into the quarter finals. 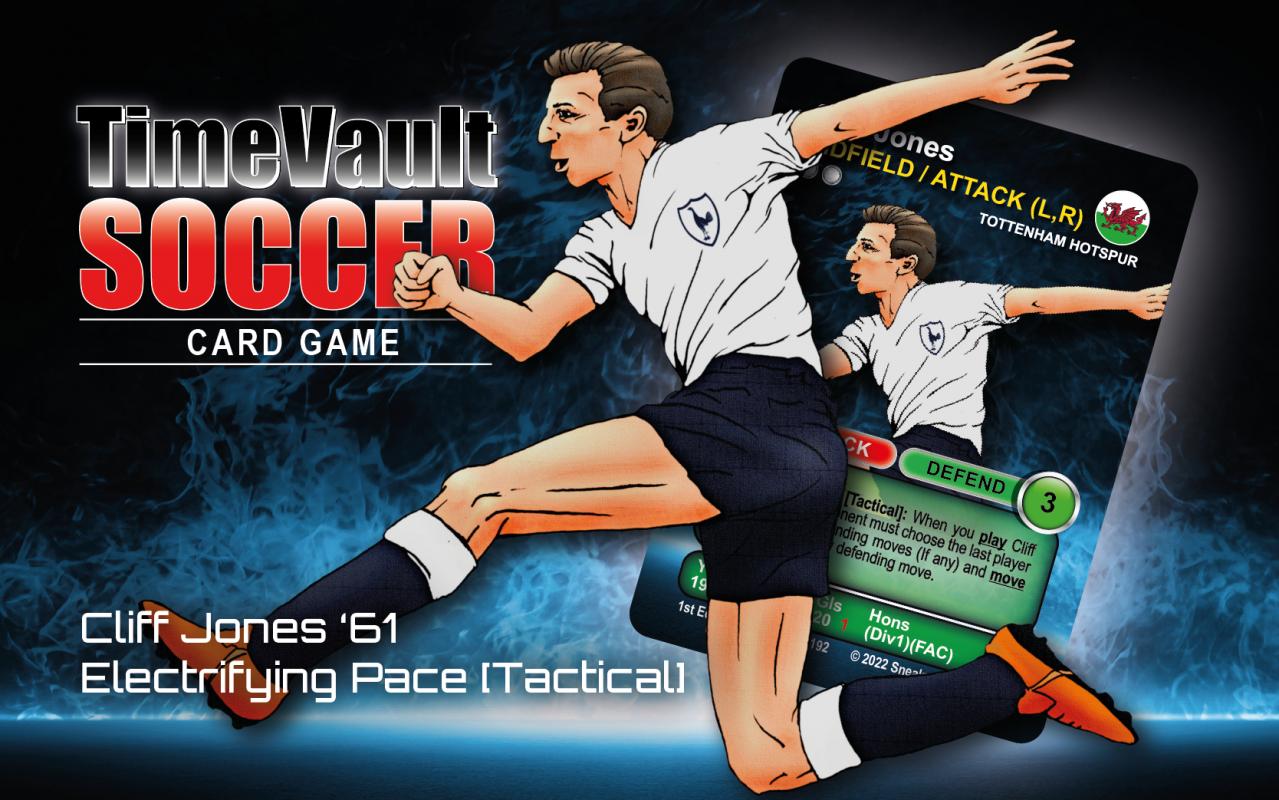 A draw at Roker Park away to Sunderland forced a quarter final replay which saw Tottenham run away as 5-0 winners, in a scintillating display. It seemed this Spurs team could score whenever they wanted!

Spurs faced Burnley in the semi-finals at Villa Park. Some mind games from Burnley captain Jimmy Adamson who claimed his side never lost a game whilst wearing claret and blue tickled the spurs fans pink. Tottenham dominated. Courtesy to another goal from Cliff Jones and a brace from the prolific centre-forward Bobby Smith, Spurs booked themselves a place in the FA Cup final. Adamson was made to sit on the Burnley team bus wearing a leotard and a pointy hat with “D” on it.

Tottenham were the favourites going into the final, coming up against a Leicester side devoid of any pressure or expectation. With 100,000 fans watching on in Wembley Stadium, the game kicked off. This was not to be the vintage Tottenham fans had been used to seeing throughout the season. Key midfielders Blanchflower and Mackay (For perhaps the only game all season) weren’t able to control the game and pull the strings as they usually would, and a stubborn Leicester side limited Tottenham’s chances on goal.  Tottenham’s defenders, Maurice Norman, Peter Baker and Ron Henry dug in and ensured the Leicester attack was similarly nullified.

Then the game changer. A frustrated Les Allen thumped into Leicester’s right back Len Chalmers. Pre substitutions rules and with Chalmers forced to hobble on, the underdogs were  virtually down to 10 men.

Half time finished 0-0 with Tottenham fans becoming more and more anxious as the minutes passed without a breakthrough. Leicester fought hard in the second half, but Tottenham managed to blast through the Leicester blockade in the 66th minute when Bobby Smith, with an exquisite first touch and turn, fired his shot passed keeper Gordon Banks to put Tottenham ahead. In the 75th minute Smith put a teasing ball across the face of goal for Dyson to head in. The Spurs fans went full on bonkers. The first English double of the twentieth century was theirs. 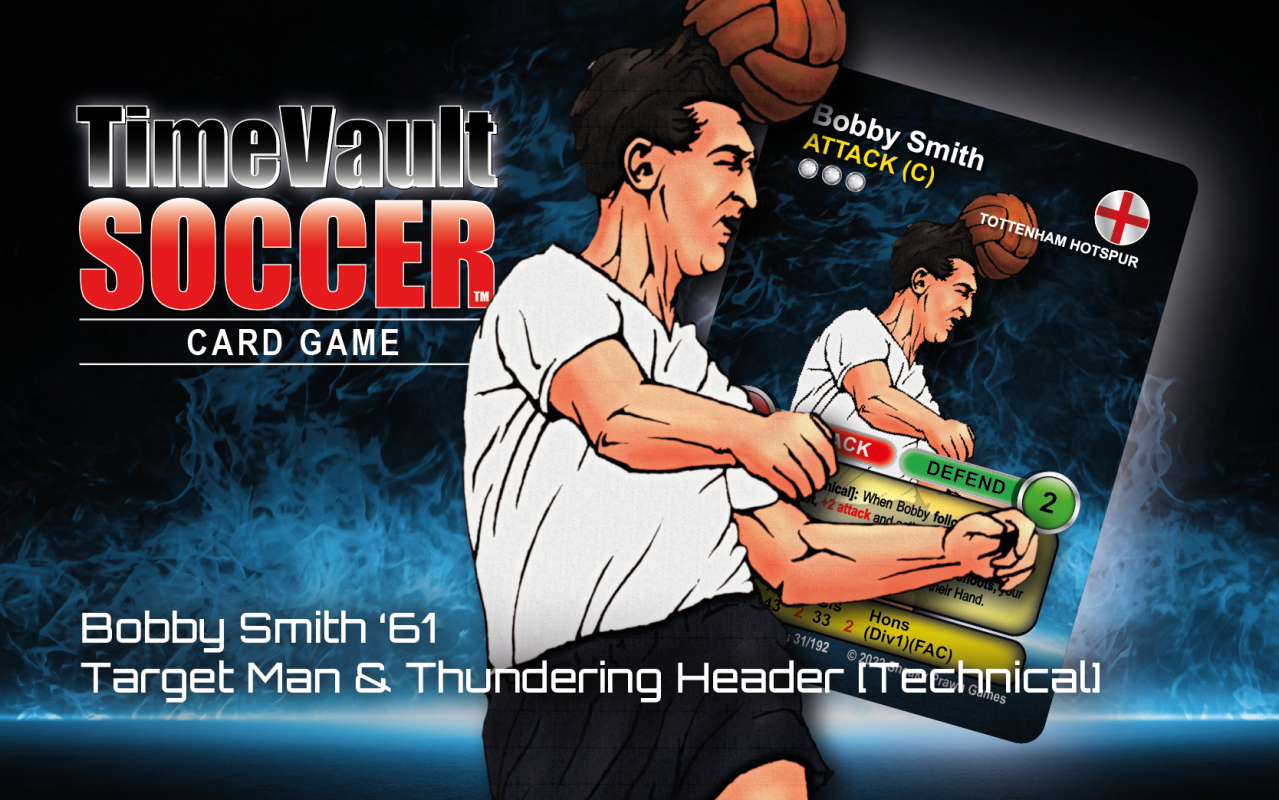 An unbelievable achievement by any standards, but even more so given that from a squad of 17 players only 14 made more than 1 appearance across 42 matches. The Tottenham “Unbreakables” were chiseled from granite, dipped in aura of Mackay and baked in a blast furnace for 6 months. The world will never see their like again… but you can.

The Tottenham Hotspur 1960/61 double winning squad is available to pre order now through the Time Vault Soccer webshop. Sign up for your Boss’s Notes for a  pre-order offer. 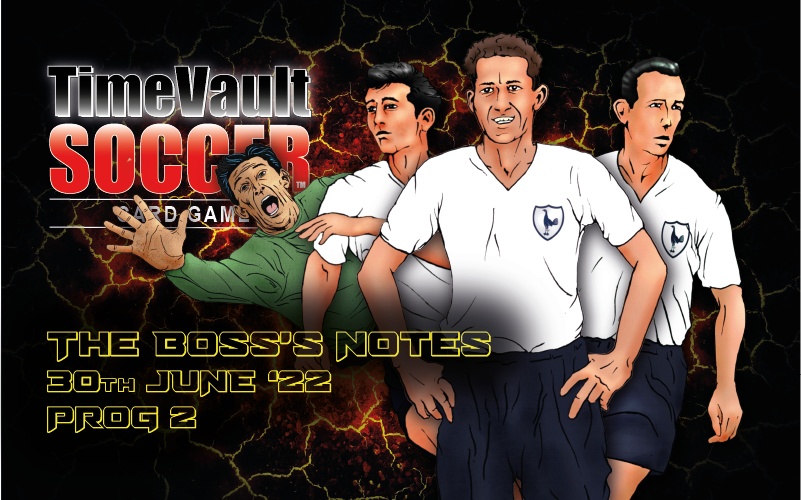 By signing up to Boss’s Notes you’ll get advanced notice of new squad releases, exclusive offers and pro playing tips straight to your inbox. You’ll get one email every two months. It’s free, no spam. Unsubscribe whenever you want or we’ll make Scott wear a dress and call him Dorothy*.

So continue to join us in defying the tyranny of modern football and celebrate the great, the good and downright interesting from football past by signing up for your Boss’s Notes  now… All you have to do is not COCK up, which you will because it’s football!

Up next on the Time Vault Soccer blog

Want to request a team to join the Time Vault Soccer universe, then drop Holly a line Here. She may say no, but give it go.